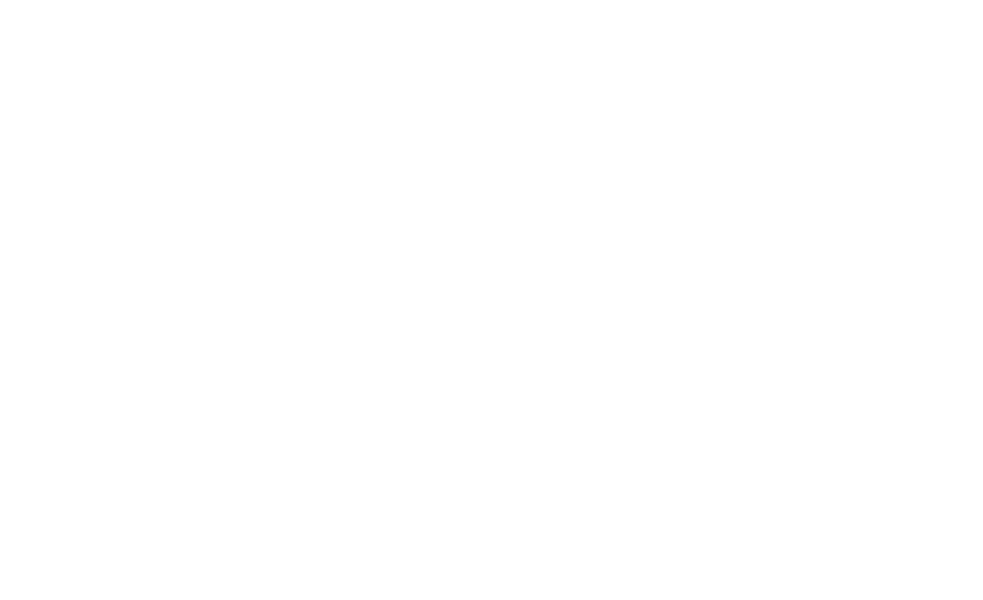 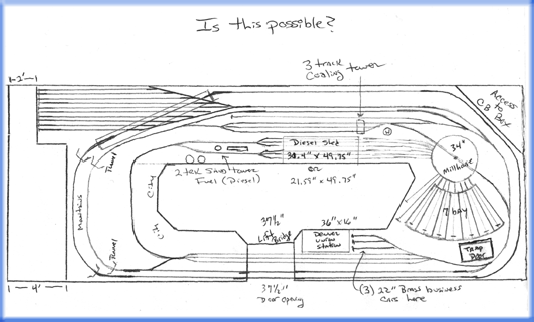 During a Master Training class, Bob mentioned that he didn’t really want to become a CAD expert - he just wanted to do the detailed planning for a design he had on paper.

He emailed a PDF file containing the hand-drawn track plan at the right. The title summed up the question we all have: “Is this possible?”. Bob wondered if someone could work out the specifics for him, and if it was possible to accomplish has goals without a bridge running over the yard.

While El Dorado Software takes great pleasure in offering the 3rd PlanIt CAD program, we find design and construction of model railroads every bit as fascinating and demanding as writing the software itself. I offered my services to him and Bob sent me a 2nd-day delivery packet of documents.

This is an O scale layout that includes a roundhouse and station by Altoona Model Works and a 34” Millhouse turntable. Bob wanted to replicate a 7-stall roundhouse from his youth, which Altoona agreed to make.

This story dramatizes the most important factor in the planning of a special model railroad: the design that’s in your head. After years of making plans for clients, this situation brought the matter to center stage like never before.

Bob’s drawing is quite reasonable. He considered his goals - two independent loops that could carry simultaneous traffic in either direction, the roundhouse itself, the yard in the northwest corner and a passenger station. It was also to include a coaling tower and a sanding tower, both of which could be located where they made the most sense. A lift gate on the south side provide easy access for the children expected to view the layout.

You are the one who makes everything possible!

While the hand-drawn plan approximates the curve radii and assumes a bit too much angle in the turnouts, it clearly communicates the topology of the track and placement of key elements. Bob Spaulding of Altoona provided the angle between roundhouse stalls (7.815°), the first element to be drawn.

Bob provided exact dimensions for other structures. He chose Ross switches and Atlas flex track to provide great design flexibility, reliable operation and excellent appearance. The design moved quickly, based on Bob’s drawing while using radii and turnouts appropriate to the layout. The essence of the plan emerged in just eight hours.

Bob was happy to see the plan without the bridge. O scale requires over 6” of vertical clearance, which led to unworkable grades of almost 4%. Without the bridge, the layout was flat, the yard was not cluttered with a bridge, yard switching now had a drill track, and open area was available for the coal and sanding towers when their dimensions were known.

It didn’t take long for Bob to find them. Remarkably, the “Ogle” coaling tower at the right had just showed up at American Scale Models and Bob jumped on it. His sanding tower was being painted; Bob got its dimensions over the phone and drew the footprint for it.

This whole story is about what you can do to make a custom layout design go quickly without costing a fortune. I needed dimensions… Bob provided me with accurate drawings that took only a few minutes to put into the plan. 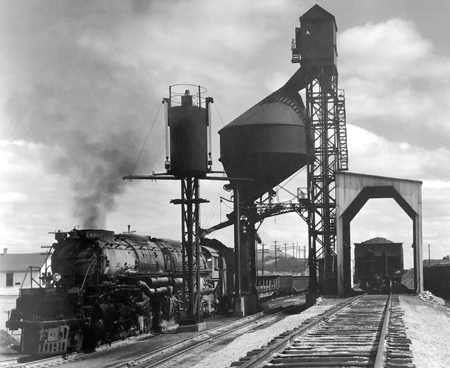 Next came the detailed work of locating the coaling and sanding towers so they were boldly visible while being positioned well for operations. The coaling tower had been located behind the rather large diesel workshop, so it was moved left where it could be seen. Several positions were tried that gave access from alternate paths. Bob selected the location, had the diesel shop moved east, and we started on the sanding tower.

Bob asked for it to be located west of the diesel workshop. A few locations were considered. one of which had rather confusing track but led to the final design. Now a loco can sit by the sanding tower while two tracks provide unobstructed access to the diesel workshop.

After a few other changes and improvements, Bob’s beautiful, flowing design was complete.

This plan took only 15 hours from start to finish, including the time for designing the roundhouse to its actual dimensions. Bob is pleased and excited with the plan - it met all his goals. Without the thought and planning he did up front, the “Is this possible?” layout would have taken far longer.

Next month we’ll see how this concept led another client to the plan for his room-filling N scale dream layout. The multi-level plan was complete within a week.

Whether you want to design your pike yourself or have it brought to life by El Dorado Software, you will know that it can be built accurately and it will operate reliably! Let us design or build your layout, too! The Disney family did!